Polish yacht registrations are set to expire in 2023. 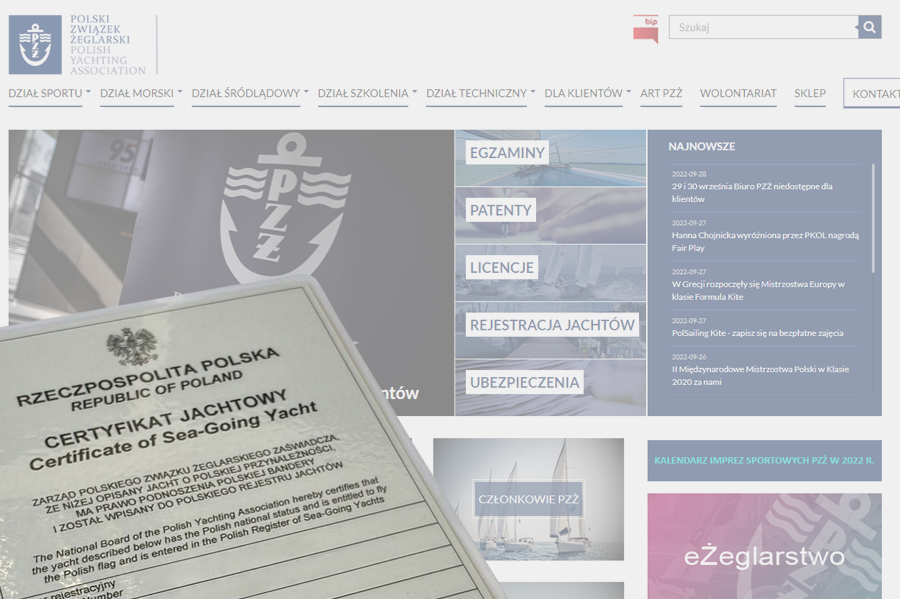 The new Polish Maritime Act for pleasure crafts under 24 m, which was introduced in 2020, will affect certain yachts registered in Poland. After January 31 2023, their registration may expire and no longer be valid.

When the new law was introduced, the Polish ship registry entered a new area. From that point forward, they could be registered online. The on-line tool effectively processes all applications for registration, after which the Certificate of Registry is issued by one of the authorised entities. The new act has centralised all applications and the ship register is now managed by a single party.

As of January 1, 2020, the new legislation will be in effect. Until then, the Polish Sailing Association was very active in the registration of yachts. A large number of yacht owned by foreigners were awarded Polish nationality via the sailing association. Basically, they were running their own ship registry.

The Certificate of Registry they issued was a grey coloured and laminated certificate. The registration number began with POL followed by five digits.

These are the registrations that are no longer valid as of January 31, 2023. Yacht owners with such a registration, should have their registration converted to the new system, which issues a Certificate of Registry in the form of a plastic card, size credit card.

If not converted, the vessel will become stateless and could be confiscated by authorities in countries where registration is an obligation.

Certificate holders are therefore advised to either have the certificate converted through the agency that arranged the registration or have the Polish Sailing Association arrange the conversion. Note that the department in charge of registering yachts at the sailing association, has only one or two employees who speak English. So unless you are fluent in Polish, communicating will be a challenge.