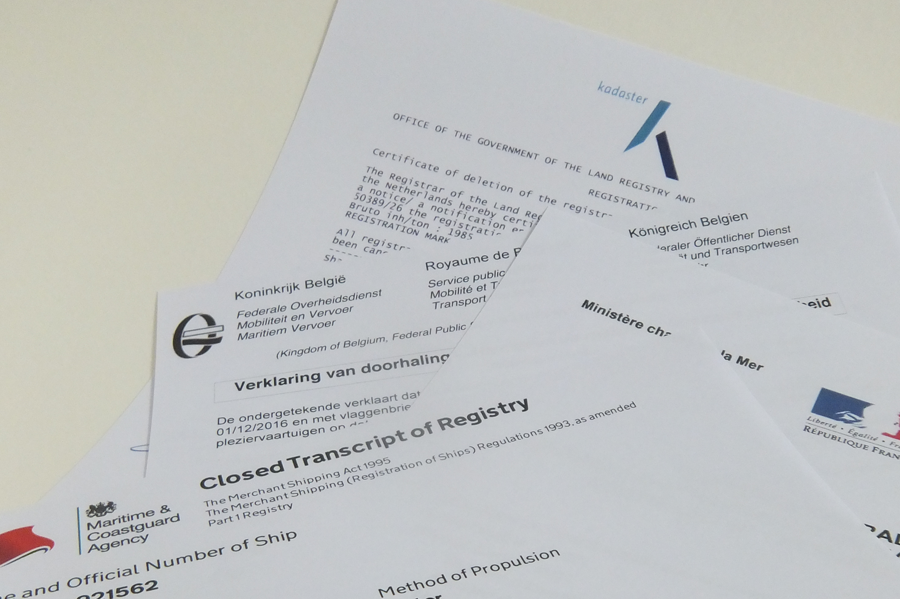 The Certificate of Deletion, a.k.a. Certificate of Withdrawal, is nothing more than a formal declaration that a vessel has been removed from the ships registry of a flag state. Opposed to people, who can have  dual citizenship, or in some cases even more than one passport, vessels can only have one nationality. It is therefore not permitted to have a vessel registered in more than one ships registrar at the same time, in principle.

What all ships registrars do have in common is that the owner has to prove their identity, the ownership of the vessel and that the vessel is not registered elsewhere.

To prove a vessel has been removed from a ships registrar, and therefore no longer has the nationality of the flag state, a Certificate of Registry is a requirement.

There are a number of treaties in which the usage of the Certificate of Withdrawal is outlined. One of those treaties is the Convention relative à l’immatriculation des bateaux de navigation intérieure, Genève 25-01-1965, which was signed by Germany, Austria, Belarus, Belgium, Croatia, France, Luxembourg, Montenegro, the Netherlands, Serbia and Switzerland.

In some countries, like the Netherlands, you are not obliged to register your <24m vessel, if not being a power boat that goes faster than 20 km/h.