Changes in the French ships registrar 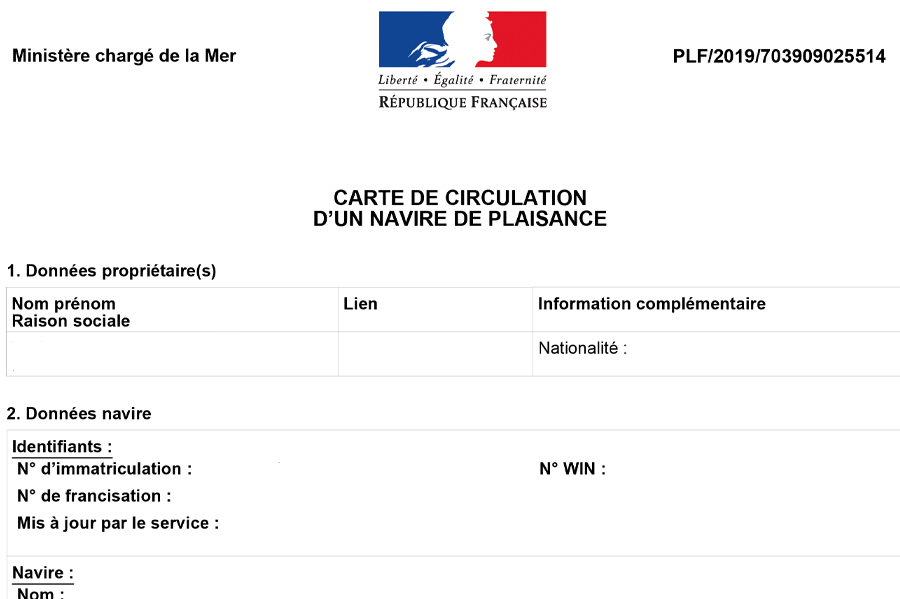 The French ships registrar, for pleasure crafts, makes a distinction between boats shorter and longer than 7 meters and of course if used for personal purposes or professional.

Up to 1 October 2019, all pleasure crafts registered in the French ships registrar were valid until the vessel was removed from the registrar. That could be because the boat was sold or sent to a scrap yard. That meant that the registration never had to be renewed, a process which is not uncommon on other countries like in Belgium, were the registration has to be renewed every 4 years.

Now the registration of boats shorter than 7 meters, which are newly registered, are valid for a period of 10 years. After 10 years the registration will have to be renewed. What this process is going to look like is unknown up to now, as France has a decade to go before the first renewal will take place.

Another change is that of the CIN number. Pleasure crafts which are imported will get assigned a new CIN number. In practice that means that a boat built originally in Italy, owned by a Spanish resident, and registered in France for the first time, will get a new CIN number. The number will of course start with FR, followed by IMP, which stands for import.