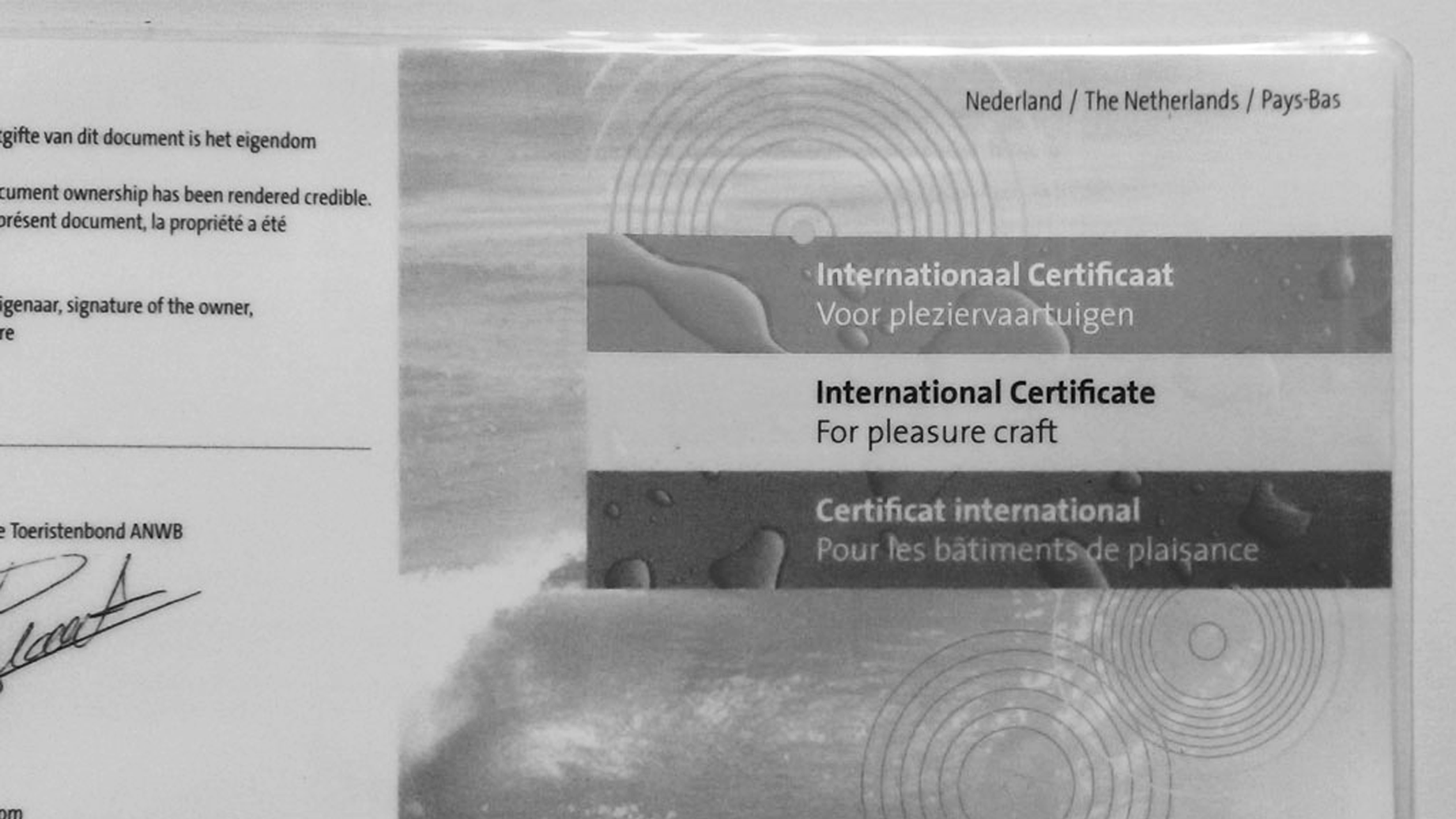 When we apply for a ICP, on behalf of the owners of sailing- or motor-vessels, ownership papers are checked meticulously and cross references are sought for to make sure all matches and is sound and solid.

It will not surprise you that we have had cases of so called owners who tried to obtain an Dutch ICP using a dodgy ID card and forged ownership papers. Their aim? Well probably to obtain a International Certificate Pleasure Craft and then sell off the boat, with the flag certificate as the only form of proof of ownership.

In Spain, for some time now, rumours have been circulating about forged ICP documents. It was not until a few weeks ago that we were actually confronted with this new form of forgery, the forgery of flag certificates.

Our long-time partner in Spain, Guiral Asesoria Nautíca owned and managed by Ms. Cristina Pauli, receives on a daily basis phone calls from concerned boat owners asking her how they can determine whether their flag certificate is the real deal or a fake. One particular caller, who owns a sailing boat, was in distress, great miserable distress.

No his boat had not capsized, nor did he run ashore on an abounded beach in the south pacific. While preparing his boat for a long weekend of sailing off the coast of Spain, the port-authorities randomly checked a number of foreign boats in the harbour and he was not happy with their observations..

As Spanish passport holder he sails under the Duct flag, for the obvious reasons. He was more than unpleasantly surprised when on inspection of his flag certificate the officers attitude changed from a polite inquiry to a less pleasant form of questioning.

The reason for the ‘nautical inquisition’ was that the officer in charge immediately saw that the Dutch ICP was a falsified document, something the boat owner was naturally not aware of. He had purchased the Dutch flag certificate from a reliable flag representative, so he thought.

Before revealing how they came to this conclusion, you must know that there are only two organisations in the Netherlands which have been appointed to issue ICP’s. In the past there was a third one, being the ANWB, but they stooped issuing ICP’s in 2016.

How not to forge a flag certificate

Now the observations which led to the determination they had uncovered a falsified ICP were :

Both the police in Spain and the authorities in the Netherlands take it very seriously as the people responsible for the falsifications, sold false ICP’s in the hundreds.

In doubt whether an ICP issued in the Netherlands is authentic, do not hesitate to contact us, we will be more than happy to have it verified for you.

An interesting read on how professional forge a registration of a ship.