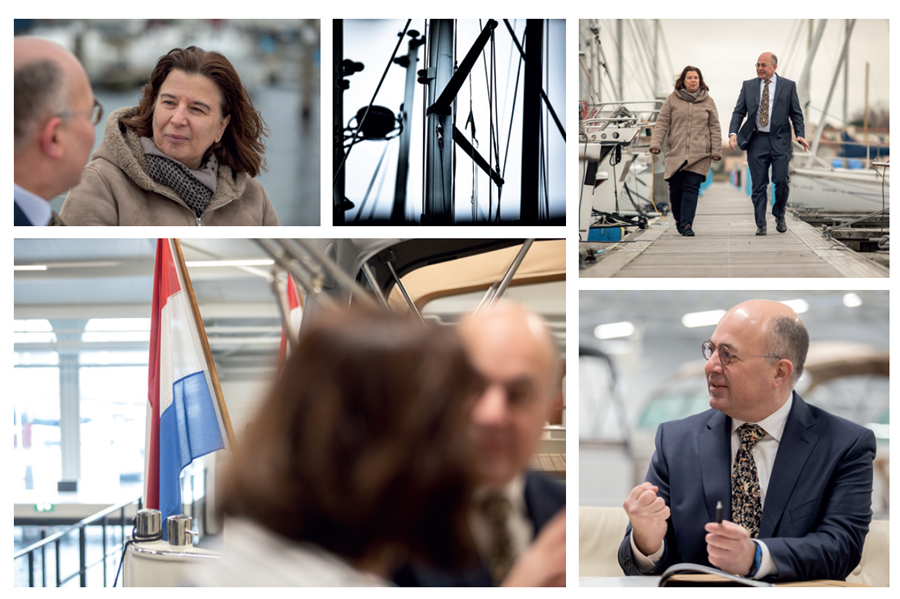 Early this year, Boudewijn Meijer of Lorrendraaier received a phone call from the Kadaster, a phone call completely out of the blue.

For those that are not familiar with the Kadaster, they manage and administrate the ships registrar here in the Netherlands. Besides that, they are also responsible for both the land as well as real-estate registrar.

Anyway, the reason for their phone call was that they were going to publish an article in their business-2-buisiness customer magazine on the subject of yacht registration in the Netherlands. Surprising as it might seem, but not everyone in the Netherlands is aware that vessels can be registered with the Kadaster. Besides Norway, the Netherlands is the only European country where it is not compulsorily by law to register your boat. Many Dutch boat owners therefore do not even register their boat.

Their aim was therefore to publish an informative article on the subject in their magazine, which is distributed amongst notaries, law firms, specialised professionals, etc.

The interview was conducted and a photo shoot was arranged. It was mid-February, cold and windy when we arrived at Marina Port Zélande, the location for the photo shoot. Luckily the photographer Nico te Laak of Plaatwerk Fotografen had arranged with a yacht broker that we could ‘take shelter’ in their showroom, which proved an excellent location for some additional shots.

Initially the article would appear in May, but was postponed and appeared in June. It was well received and hopefully their aims were reached.

For those that do not master the Dutch language and are curious, we have had the article translated English, Spanish, Portuguese and Italian.